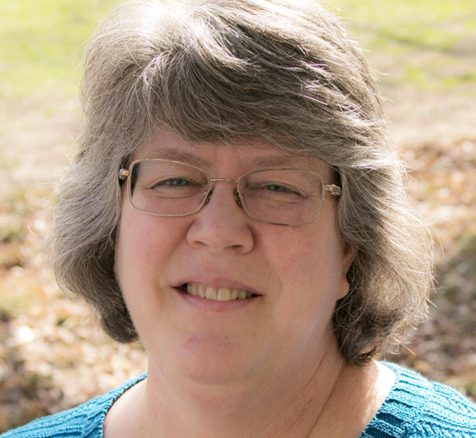 Janet Shouse is a parent of a young adult with autism, and she is passionate about inclusion, employment of people with disabilities, medical issues related to developmental disabilities, supports and services, public policy, legislative initiatives, advocacy, and the intersection of faith and disability. She wears many hats at the Vanderbilt Kennedy Center, including one as a disability employment specialist for TennesseeWorks.

Our hope is that this weekly blog will offer information you want to know, so if you have a question you want answered about employment for people with disabilities or other mysteries of the world of work, please email me at janet.shouse@vanderbilt.edu.

In Dec. 19’s blog, I shared many of the findings of a required performance audit of the  Department of Intellectual and Developmental Disabilities and its Statewide Planning and Policy Council for June 1, 2013, to June 30, 2017. I said I would address what the audit referred to an “emerging issue” in an upcoming blog.

The audit reports what many of us have known for quite some time: Tennessee faces a critical shortage of support workers for individuals with intellectual and developmental disabilities. (See page 60 of the audit.)

The audit says, by way of introduction to this issue, “Tennessee, like other states, faces a crisis-level shortage of caregivers (also known as direct support professionals) for individuals with intellectual and developmental disabilities. In interviews and industry surveys, direct support professionals generally describe their work as fulfilling but physically and emotionally challenging, with low pay yet high levels of responsibility. The state’s service providers and family members of individuals with disabilities conveyed to us and the Department of Intellectual and Developmental Disabilities tremendous difficulties recruiting and retaining these vital workers. The department and the Division of TennCare are taking action to expand the workforce capacity and reduce industry turnover, but the problem persists and may worsen as the demand for direct support professionals increases. The shortage threatens provider sustainability and impedes the quality of life of supported individuals and their families.”

Very briefly, demand for DSPs is increasing because:

So what do direct support professionals do? Depending a person’s disability and his/her level of need, direct support professionals may assist with activities of daily living, such as eating, bathing, grooming, toileting, medication administration, health maintenance, employment supports, social engagement, and money management. They may cook meals, do laundry, take the person they support to the gym or the movies or for a hike in the woods. Their job is to the support the person with a disability to do the things he/she wants to do.

The audit outlines the background of the DSP shortage, the funding issues, Tennessee’s pay rates vs. other states’, the shortage’s effects on stakeholders, and the need for workforce development for DSPs.

For those who are not involved with Medicaid waivers, a brief explanation of the role of “provider agencies” may be useful. Under the “old” DIDD waivers, DIDD contracts with about 400 community provider agencies across Tennessee that offer residential supports, such as supported living or “family model” supports, employment supports, personal care assistance, day programs, or respite care, among other services.

With the new Employment and Community First CHOICES waiver program, TennCare has agreements with the state’s three managed care organizations–Blue Care, Amerigroup and United Healthcare–to provide such services, and the three MCOs, in turn, contract with many of these same provider agencies to offer similar supports, such as employment supports, residential supports, in-home supports, etc.

(Just a little tidbit of information: Both the HCBS waivers operated by DIDD and the Employment and Community First CHOICES program offer some individuals the option of “consumer direction,” in which the family or individual with a disability pays a support person directly, rather than using a provider agency. This allows individuals to hire someone they know, AND because there is no agency overhead, the consumer-directed pay rates are higher than rates paid by agencies. However, numerous individuals have said they still have difficulties finding support staff even using consumer direction.)

Another issue that the audit mentions is the difference in pay rates between what DIDD providers and ECF providers receive for certain services. ECF providers receive a slightly higher pay rate than those agencies that contract with DIDD for some services. The primary reason for this difference is the different expectations that TennCare has for DSPs who deliver services in Employment and Community First CHOICES—that they are trained to support people in ways that help them to become more independent, build relationships and natural supports, and allow for fading of supports over time. Unfortunately, while the rates of payment for the services are higher, this does not always in turn translate into higher rates of pay for workers.  And the workforce shortage has impacted the ECF CHOICES program just as it has the HCBS waivers.

According to the audit: “Based on our interviews with both (DIDD) department and provider management and on supporting documentation provided by those parties, providers cited low wages as the primary cause of the direct support professional shortage.”

The audit also noted, “The hourly wage component of the (DIDD) department’s rate calculation has remained stagnant relative to inflation, increasing by just $0.65, from $8.50 to $9.15, over the past 10 years, while providers report their operational costs have escalated during that same time.” And “The department does not require providers to pay direct support professionals the calculated hourly wage of $9.15. Providers may pay their employees more or less, but must at least pay them the federal minimum wage rate of $7.25 per hour.”

The audit includes a 2015 national survey of 16 states and the District of Columbia that shows Tennessee ranked last in average hourly wages for entry-level and experienced direct support professionals, faring worse than comparable states like South Carolina, Alabama, and Kentucky. However, it also includes a recent rate study by TennCare that compared “Tennessee’s Medicaid waiver reimbursement rates to those of other states and found that Tennessee paid providers similar (and, in some cases, higher) reimbursement rates than other southeastern states paid Medicaid agencies. Providers, however, emphasized that Tennessee’s waiver program includes strict compliance requirements, which increases operating costs and reduces funding available for labor costs. The providers we interviewed cited training, incident response, and financial accountability reviews as some of waiver providers’ costly compliance requirements.”

The audit also states, “Recognizing the struggle of waiver providers, the Statewide Planning and Policy Council, an entity established to advise and assist the department with policy, has repeatedly urged the department to address the caregiver crisis. In its Annual Reports to the Governor in 2012, 2013, 2015, and 2016, the council recommended rate increases for providers in the department’s budget.”

The audit acknowledged that DIDD “management demonstrated its commitment to address the direct support professional crisis by attempting to follow Statewide Planning and Policy Council recommendations to raise provider reimbursement rates. Based on our review of the department’s annual budget presentations to the Governor from 2012 to 2016, the department requested cost increases to improve its provider reimbursement rates for fiscal years 2015, 2017, and 2018.” These requests were often made as the governor was asking each department of state government to reduce its budget request. (See pages 68-69 of the audit for specifics.)

In some good news, last week I learned that Gov. Bill Haslam included in his budget recommendation for next year $5.3 million in recurring state and federal funds for a 1% provider rate increase for direct support professionals and case managers.

(On a related note, Gov. Haslam also included a recommendation for $21.3 million in recurring state and federal funds to expand the ECF CHOICES program.)

While pay is certainly a factor in this shortage, there are a number of other concerns of DSPs, and I wanted to share some information that I’ve found in my research and some of which is reflected in the audit.

This information comes from the American Network of Community Options and Resources, also known as ANCOR, which is a national, nonprofit trade association representing more than 1,400 private community providers of services to people with disabilities. The organization’s stated aims are to work to shape policy, share solutions and strengthen community.

According to ANCOR, key factors in the workforce crisis are:

TennCare, recognizing the magnitude of the direct workforce crisis, has engaged national experts on the direct service workforce to assist our state in identifying the kinds of strategies and investments we should be making to address the crisis. According to TennCare officials, what they have learned so far by working with national experts and looking at research on this issue includes:

On March 6, I will share some of the suggested solutions—both state and national—to our critical shortage of direct support staff.

If you or your family member have had difficulties with getting the appropriate supports and services as a result of the DSP shortage, I would appreciate your sharing your experiences in a brief email to me. You can email me at janet.shouse@vumc.org.

I would also encourage you to let your state senator and state representative know if this shortage in the workforce has created problems for you. Since the Tennessee General Assembly provides the funding for these services, I believe it’s important for them to know that demand has far outstripped the supply of direct support professionals in our state. Stories from their own constituents have the greatest impact. Please share.

Each month, we will bring you interesting and important information on employment-related topics for individuals with disabilities, their family members and those who help support them.

❯ About the Author

TennesseeWorks is a collaboration supported in part by the Vanderbilt Kennedy Center for Excellence in Developmental Disabilities (Grant# 9DDUC0077, Administration For Community Living). The content is solely the responsibility of the authors and does not necessarily represent the official views of ACL or collaborative agencies.